What is a combine harvester?

The crops we grow in our fields, such as wheat, barley are only partly edible. We can use the seeds at the top of each plant (known as the grain) to make products like bread and cereal, but the dry coatings of the seeds (the chaff) are inedible and have to be discarded, along with their stalks.

Before modern-day machines were developed, agricultural workers had to harvest crops by carrying out a series of laborious operations one after another. First they had to cut down the plants with a long-handled cutting tool such as a scythe. Next, they had to separate the edible grain from the inedible chaff by beating the cut stalks—an operation known as threshing. Finally, they had to clean any remaining debris away from the seeds to make them suitable for use in a mill. All this took a lot of time and a lot of people.

Thankfully, modern combine harvesters do the whole job automatically: you simply drive them through a field of crops and they cut, thresh, and clean the grains all by themselves using rotating blades, wheels, sieves, and elevators. The grain collects in a tank inside the combine harvester (which is periodically emptied into carts pulled by tractors that drive alongside), while the chaff and the stalks spurt from a big exit pipe at the back and fall back down onto the field. 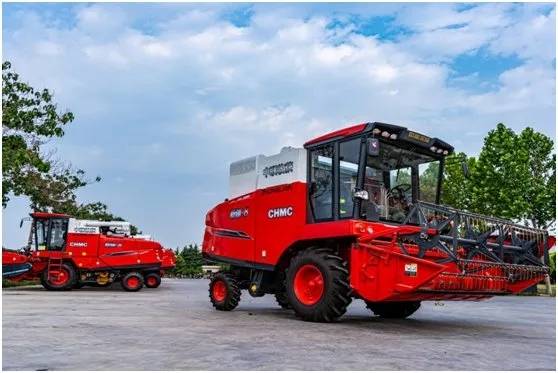